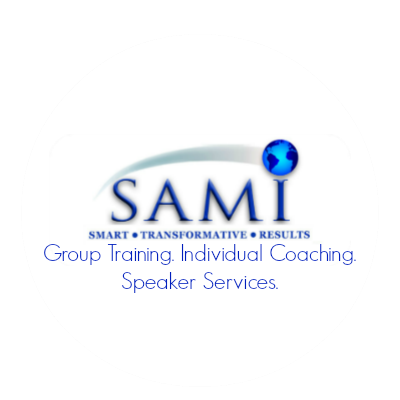 Imagine a résumé for our “subconscious”—that part of us that holds all the stuff we deny, discount, disown, bury or pretend does not exist:

No one wants to admit to a dark side—it can be a frightening and shocking experience to our self-image. We spend vast amounts of energy denying and repressing this unwanted inferior self.

What many of us don’t realize is that the shadow can be a helpful aspect of ourselves that holds the key to transformation—a loyal friend bearing the gifts of depth, integrity, vitality, and wholeness—if we choose to meet it and love it.

“Perhaps all the dragons of our lives are princesses who are only waiting to see us once, beautiful and brave,” said poet Ranier Maria...

The SAMI Lifestyle — By Conscious Choice Not Chance

"What will you do with your precious life?"

Suppose I stopped you in the middle of your day to ask you this question posed by psychologist and poet Mary Oliver. What a beautiful opportunity to respond that you would spend your life exactly as you spent your day.

Your answer could be anything: doing work you love, caring for and giving love to your family, contributing to your community or the world, creating art, building a business, climbing mountains, making music. The key is that how you lived today is how you would choose to live tomorrow and the next day and the rest of your future.

For some, the life they live day to day is not the life they would describe if they were asked Mary Oliver's question. Instead, they might use phrases such as: "As soon as I can quit…" or "I'd like to lose…" or  "I used to dream about…" while explaining a daily life tangled up in too many demands and never enough time or energy to achieve the experiences that matter most to...

Stress and Illness: What's the Connection?

Believe it or not, stress is not the villain it's made out to be. In small, short-term doses, stress can give an athlete the competitive edge or a public speaker the enthusiasm to project optimally. It can even boost the immune system.

However, chronic stress over time—the kind commonly encountered in daily life, such as work overload, financial difficulties, marital problems—can have significant adverse effects on nearly every system of the body, suppressing the immune system and ultimately manifesting as an illness.

The danger occurs when stress becomes persistent and consistent, a way of life. Chronic stress raises the risk of viral infection and diabetes. It can trigger severe problems for asthmatics, lead to gastrointestinal issues and cause high blood pressure, which brings an increased risk of heart disease and stroke.

To get a handle on this silent adversary, you want first to recognize that you are chronically stressed. Here are four kinds of warning signs:

Surround yourself with people who believe in you and inspire you to be the best version of yourself. ~Anutza Bellissimo

Overcome The Power Of Negative Patterns

When unfavorable situations, actions and emotional conflicts happen again and again in your life, you may find yourself in the same scene, with different characters, more often than you care to admit. If so, there’s a good chance you are in the presence of a negative “pattern.”

At best, these negative patterns cause frustration. At worst, they create undue suffering, uphill struggles, sometimes even death.

Practice Your Presence.
No matter how entrenched a pattern seems, the act of noticing begins the shift away from damaging thoughts or...

"Without your training and insight, I would've likely never made it through one of the most difficult events of my life." ~ Greg G.

“ I was very nervous to face my anger and stress management problems. It is an issue that has affected many aspects of my life for 30+ years. And, since this was a voluntary enrollment, it was something I put off for a long time. From the moment I first spoke with Anutza on the phone, I felt like I was in the right hands. Her calm, patient and attentive nature guided me towards the healing I needed. I appreciate both the structure of the program and her use of her own elements. It makes the program feel very personalized. I am very grateful for the changes that have occurred as a result of our work together. With love and appreciation.”~Angela R. - Beverly Hills, CA.

These men aren't dealing with their sin through confession and repentance but through anger management. The sin of anger is so wide spread...

A journal is a way of recording and reflecting on your inner life. It is a form of expressing yourself freely, trying out outrageous ideas, tapping into your inner wisdom, gaining clarity, recording your dreams, venting emotions, tracking your personal growth, and delighting in unexpected “Ahas”!

There's no right or wrong way to keep a journal. The tools are a notebook and a pen. You can use a computer, and there is even software available to support you in your journaling. However, writing by hand allows you to be more in touch with the right-brained, intuitive part of your nature. The only rule about journaling is “Allow!”

Here are some helpful guidelines:

• Write every day if you can. The morning is an excellent time to write: your mind is fresh; your dreams are still alive. Practice writing your dreams down whenever you can.

• Write for at least 10 minutes. Don't stop. Simply allow the words
to come with no concern for spelling, punctuation or...